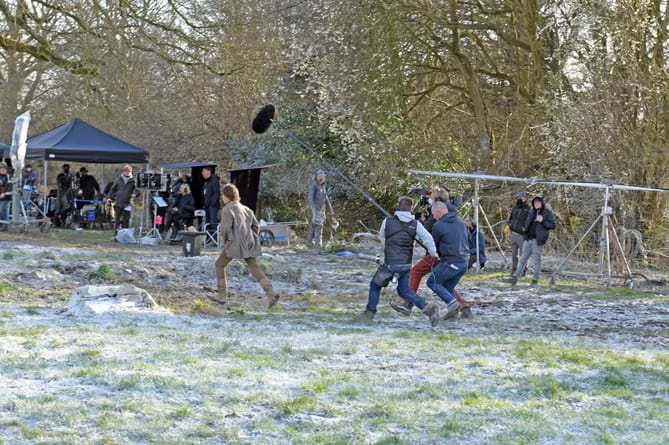 FILMING for a BBC blockbuster production of Charles Dickens’ book Great Expectations has been taking place at a historic isolated church near Selborne.

Since last Wednesday filming of the six-part adaption of the novel has been taking place at St Leonard’s Church in Hartley Mauditt.

For the series, actor Tom Hardy is set to reunite with the creator of Peaky Blinders Steven Knight. He is teaming up with him as executive producer for the six-part series, originally set in the Kent marshes.

The pair will be working alongside Ridley Scott to bring the Dickens’ Victorian classic to the small screen once more.

Hardy has been seen on set by local residents for the filming of church scenes involving the hero ‘Pip’.

Set in the winter, St Leonard’s and its churchyard was covered in fake snow and wooden gravestones named after dead members of Pip’s family were put up.

A Christmas nativity scene was also filmed inside the candlelit Norman church.

The 12th-century church in its scenic location originally stood alongside a medieval manor house, but around 1798 its then owner Lord Stowell pulled it down prevent his wife, who preferred country life, from living there.