MP Jeremy Hunt: We should refuse new homes to save rivers 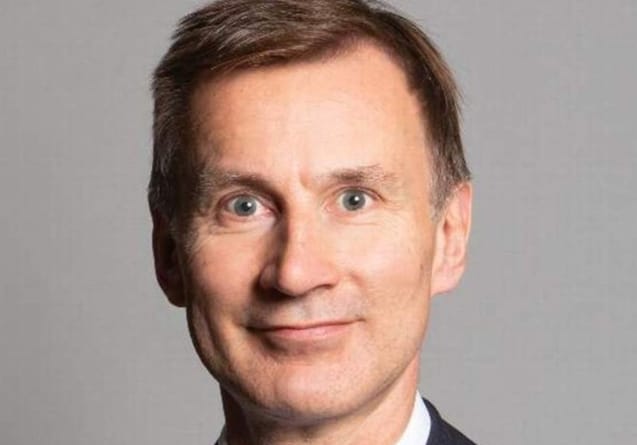 Water companies are allowed to discharge sewage into the river system in emergencies – but it is happening far too often to justify that label.

In total these incidents accounted for 1,562 hours worth of spillage – or an average of four hours every single day.

Lord Tennyson hideaway worth £1.6m could be perfect writers’ home

Vegan activists to take over Lion & Lamb Yard this Saturday

Great night of variety is coming to Bordon

Thames Water is not exclusively responsible – some of the overflows come under Southern Water.

But my meeting with Sarah Bentley was helpful in understanding the issue – which is essentially about capacity.

The systems we have can cope with peaks for sewage (after breakfast and early evening, as it happens – you learn so much in this job…) but not for storms.

When they occur, rainwater, which should be captured by the surface water system, often overwhelms the separate sewage system.

This is partly because there are so many more tarmac and stone surfaces than before – caused by patios, drives, extensions and, of course, new homes. With fewer places to drain into the ground, the rain has nowhere else to go.

The government is therefore going to force water companies to reduce storm overflows, something we can all welcome.

The Environment Act 2021 – after pressure from me and other MPs who refused to support it as originally framed – now includes a new duty directly on water companies to produce comprehensive statutory drainage and sewerage management plans, setting out how they will manage and develop their drainage and sewerage system and reduce storm overflows.

They are very concerned that the level of phosphates in the Wey is having an impact on the trout population.

Eliminating storm discharges will be expensive – potentially more than £350 billion if it required a complete replumbing of our sewage system.

However, much progress can be made with smaller sums and we can also do more locally. Waverley, as the planning authority, should make it difficult for new homes or extensions to secure planning permission unless they properly pipe rainwater into the surface water system rather than the sewage system.

Sarah Bentley has agreed that Thames Water will participate in a public meeting later in the year to talk about what can be done locally and environment secretary George Eustice has agreed to visit South West Surrey later in the year. We will have much to talk to them about!