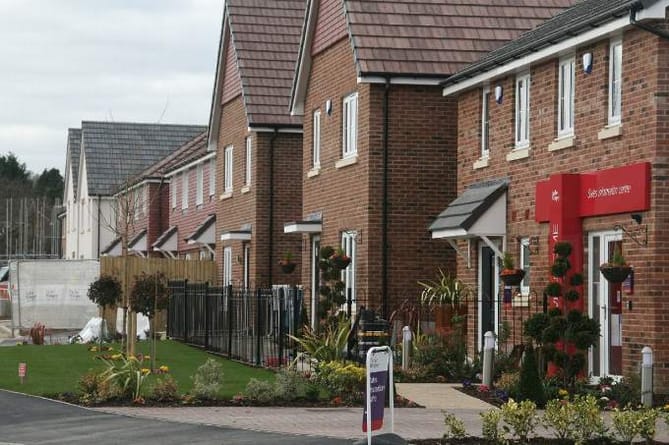 As well as radically altering planning policy to favour eco-friendly, energy-efficient houses, a ‘Green Team’ is about to start looking at all council policies, how it works and what it hopes to achieve

EAST Hampshire District Council leader Richard Millard says he is ready to go head to head with the government to gain approval for planning criteria that will force developers here to make new homes as energy efficient as possible.

He said: “We should be doing this now, not in a few years’ time.

“Someone, somewhere has to start change on the ground, and we want it to be here.

“We think the planning criteria we aim to introduce will interest other councils, who may then decide to do something similar.

“We are going to set out a planning policy that will state developers have to build homes here as energy efficient and environmentally friendly as possible.

“And we will challenge the government to stop us implementing that policy.

“As has been repeatedly said, it’s time for action if we are to have a chance of positively influencing climate change.

“We want to take that action, and we will – and only the government can stop us.

“This is a greener shade of blue and we as a council are determined to do as much as we can to address the environmental issues we are facing.

“And one of the biggest challenges is building new houses as carbon neutral as technology allows.

“We are calling developers to task over the green agenda and once our planning policies are in place, they will have to come on board.

“But we have some very responsible developers here, and I think they will step up and do their utmost to accept the challenge.

“And yes, it may cost them more to build the homes, and they may pass that cost on to house buyers, but it depends on what buyers’ priorities are, what they value.

“There is new type of buyer out there who quite rightly wants an energy-efficient, low-carbon home.

“And energy bills in such houses are considerably less than in older homes, or new houses built traditionally, so there will be financial gains for buyers.”

But it isn’t just the ‘now,’ that has influenced Cllr Millard’s thinking.

He said: “Why are we still building homes that in ten or 15 years’ time will need retrofitting to make them fit for purpose to be lived in?

“It’s a pointless exercise that will cost house owners in the future.

“We need to build houses now that are as environmentally future proofed as possible – homes that are energy efficient that will help reduce carbon emissions and will last, and that won’t need retrofitting to cope with what’s happening in the world.”

Regeneration director at the council Simon Jenkins added: “We want to push developers and stretch them to build homes that are far more eco friendly.

“The government isn’t doing enough yet, so this will be a challenge to government.”

To get the target planning policies enshrined in the council’s new Local Plan, expected to go for examination by government inspectors in 2023, the groundwork is starting now.

By early December a six-week consultation will begin with environmental experts, environmental campaign groups like PeCan and ACAN, energy-efficient experts, and residents.

Energy-efficient measures that could be considered mandatory in future may include solar panels, highest level insulation, and alternative energy sources such as heat pumps, among others.

Once the measures are agreed, the council will introduce an ‘interim’ planning policy.

The target date for this new policy to come into effect is Easter.

It will cover the period from March until when the new Local Plan goes ‘live,’ predicted to be in 2023.

The interim policy will enable council planners to negotiate immediately with developers over the level of energy-efficiency technology they are including in new homes.

Along the way the policy will be blended into the forthcoming Local Plan so that when the plan goes for examination by a government inspector, the energy-efficient policies are in it.

If the Local Plan is approved, the policies will be the bedrock of council decision making regarding new planning applications.

Planners will then be able to refuse applications that don’t meet the council’s eco-friendly, energy-efficient criteria.

Although Cllr Millard says the greener blue planning polices were being worked on before the recent COP26 East Hampshire event, he says it introduced an urgency into council thinking.

At the one-day event in Alton, speaker after speaker insisted action, not words, were needed, and it was made clear councils at all levels and government should show leadership and take ownership of spearheading the green response to climate change.

Cllr Millard said: “Yes, COP26 East Hampshire was influential, but this new greener planning regime has been in the planning for some time. Complex polices like this need time to produce.

“We as a council have a green agenda and it’s starting to come to fruition. This is just the start.”

As well as radically altering planning policy to favour eco-friendly, energy-efficient houses, a ‘Green Team’ is about to start looking at all council policies, how it works and what it hopes to achieve.

Led by Mr Jenkins, the aim is to ‘green’ the council.

He said: “They will look at everything the council does to see if it could be done in a more environmentally friendly way.

“Every effort will be made to make the council carbon neutral – and all its decisions too, in fact everything it does.

“They will also look at the end result of council decisions, to ensure the outcomes, maybe by then not in council control, will also be green.”