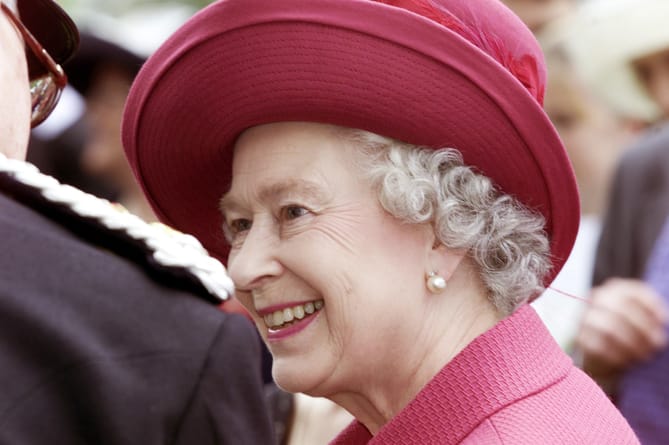 Farnham Lion Graeme Main, through his work with the British Army, has photographed the Queen on many occasions – we have published a number of Graeme’s photographs in this week’s Herald (Soldier Magazine )

A string quartet will play at Gostrey Meadow this evening (Sunday, September 18) as mourners light candles and sign Farnham’s book of condolence ahead of a National Moment of Reflection on the eve of the Queen’s funeral.

Members of the public are invited to take part in the event, which has been organised by Farnham Town Council and will begin at 7.30pm with the lighting of candles.

You can also hold this minute’s silence privately at home, with friends and family, or on your doorstep or street with neighbours.

See below for the full programme of tonight’s National Moment of Reflection service in Farnham:

on the Eve of the Funeral of 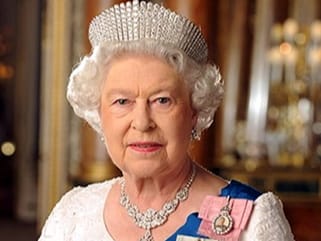 Thank you all for gathering here this evening for this brief vigil on the eve of the funeral of Her late Majesty Queen Elizabeth the Second.

In a few moments we will join with people across,

Farnham, the Borough of Waverley and the United

Kingdom, in a Moment of Silent Reflection. The start

and end of the Minute here will be marked by the

Cllr John Ward, Mayor of the Borough of Waverley

During the Minute we will have an opportunity, in silence, to reflect on the lifetime of service which Her Majesty devoted to the United Kingdom, the Realms and Territories and to the Commonwealth.

The Queen was sure in her faith and steadfast in her duty, bringing constancy through 70 years of change. We will remember Her Majesty with affection and gratitude and silently give thanks in our hearts for her unswerving devotion to us and to our Country.

7.55pm – Lament by piper Hamish Robertson, leading up to the minute’s silence.

Ladies and gentlemen, it is now approaching 8.00pm

The Still piped by Farnham, Fleet and Aldershot Sea Cadets

8.01pm –Carry On piped by Farnham, Fleet and Aldershot Sea Cadets to signify the end of the silence

God save our gracious King,

God save the King!

Long to reign over us,

God save the King!

All: God Save The King

A book of condolence is available in the gazebo for anyone to share their memories of Her late Majesty Queen Elizabeth II. It will also be available to sign until 5pm on September 20 in Farnham Town Hall.

The funeral of Her late Majesty Queen Elizabeth II is at 11m on September 19. It will be broadcast live on a big screen in St Andrew’s Church from 10am. All welcome.

Marking the death of Her Majesty Queen Elizabeth II

Evening will come, however determined the late afternoon,

Limes and oaks in their last green flush, pearled in September mist.

I have conjured a lily to light these hours, a token of thanks,

Zones and auras of soft glare framing the brilliant globes.

A promise made and kept for life – that was your gift –

Because of which, here is a gift in return, glovewort to some,

The country loaded its whole self into your slender hands,

Hands that can rest, now, relieved of a century’s weight.

Evening has come. Rain on the black lochs and dark Munros.

Lily of the Valley, a namesake almost, a favourite flower

Interlaced with your famous bouquets, the restrained

Zeal and forceful grace of its lanterns, each inflorescence

Breaks uncrowned on remote peaks and public parks, and

Everything turns on these luminous petals and deep roots,

This lily that thrives between spire and tree, whose brightness

Holds and glows beyond the life and border of its bloom.