Snooker league has lost one of its greats 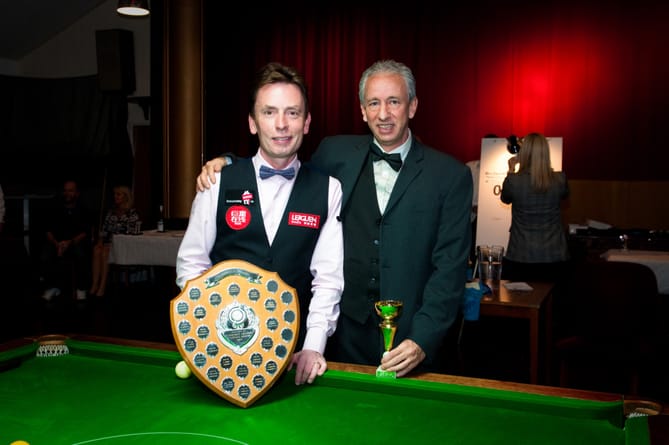 THE Farnham & District Billiards & Snooker League (FDBSL) has lost one of its greats as Shottermill and Frensham legend Terry Bradley recently passed away.

Tributes have to been paid to Bradley, who was one of the league’s most successful players and won the Presidents Cup knockout competition five times between 1991 and 2018.

He also won the knockout singles competition in 1992 and 2002 and was victorious in the FDBSL doubles competition with James Best in 2000 and Paul Lee in 2018.

The latter was given an early indication of Bradley’s talent when he signed Terry into Shottermill club as a guest around 30 years ago.

“I was going into Shottermill club, he saw I had a clue and I asked if I could play,” added the Sovereign A stalwart. “I won 5-4 but in his first frame he made a 117 clearance!”

“He was a private person and kept himself to himself but he was also a very happy chappie and was always joking,” said Mr Lee.

Although Bradley started playing in the FBDSL around the early 90s and was a frequent winner, the cueist wasn’t really attached to a singular side.

He was most associated with Shottermill but had spells at Lindford and Frensham during the past five years.

He will be missed by his FDBSL colleagues.